« I do my computing on Google cloud because it doesn’t pollute », « ICT has no impact on climate because companies are becoming carbon neutral »

Are these sentences true? How to interpret the carbon neutrality claims of ICT (Information and Communication Technologies) companies? In this article, we will try to give some food for thought on this subject.

Back to the notion of carbon neutrality

Here is what we can learn from this study:

Carbon neutrality (or net zero emissions or climate neutrality, slightly different notions but we won’t go into detail here) only makes sense on a global scale: it is the balance between anthropogenic CO2 emissions and anthropogenic CO2 absorptions. For a company or another organization, on the other hand, this notion is vague and cannot be applied in a rigorous way:

Carbone4 therefore recommends talking about a contribution to global neutrality and for organizations to separate their carbon footprint from the offset projects financed in their balance sheets, so as not to give the impression that emissions and offsetting are equivalent.

Some examples of ICT companies

We now propose to analyze the environmental reports for 2020 of four major ICT companies: Google, Apple, Facebook and Microsoft (see references at the end of the article).

The graph below shows the evolution of electricity consumption (for operations, data centers, stores…) for each company over the last few years. 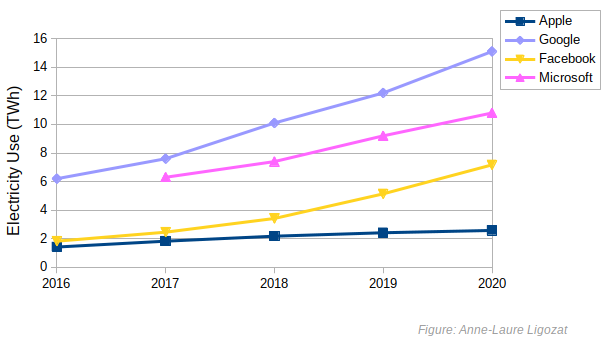 None of the companies have reduced their electricity consumption over the period, despite having worked to improve their energy efficiency.

The carbon footprints of organizations are the sum of emissions corresponding to various categories, which are grouped into 3 scopes, according to the GHG protocol standard:

We will first study the emissions related to electricity consumption and heating.

The following graph shows the evolution of scopes 1 and 2 of the companies studied, i.e. mainly electricity and heating consumption. The curves corresponding to the location-based methods are indicated in dotted lines when available and correspond to the values on the right axis. 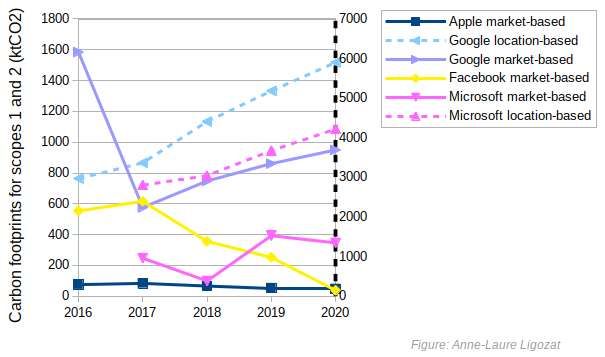 We can see that the carbon footprints of scopes 1 and 2, which includes the footprint due to electricity consumption, only decreases for Facebook and Apple, which nevertheless only report market-based values, and only thanks to the switch to renewable energy.

The graph below shows the evolution of the total carbon footprint of each company.

We can see that the total carbon footprint is not decreasing except for Apple. However, this must be qualified by the fact that the reports may include new emission categories over the years in scope 3 (everything that is not direct energy consumption, i.e. purchases, business travel, waste, etc.). Remember that the footprint linked to manufacturing of the IT equipment used is part of this scope 3.

The table below summarizes the achievements and commitments of the companies indicated in the 2021 reports.

It can be noted that all these companies claim to be « carbon neutral » or « net zero emissions » for their electricity and heating consumption, as well as possibly commuting (these three categories being called « operations »), thus for their scopes 1 and 2 and part of scope 3. However, these emissions do not represent the majority of their footprints, and moreover this is not always achieved by reducing emissions, but can be achieved by increasing the financing of offset projects (as is the case with Google in particular).

The fact that these companies already claim to be « carbon neutral », even though the scope of this « neutrality » is limited, and that they themselves post commitments to other « carbon neutralities » in the future, does not make these reports very readable.

The achievements and commitments of these companies must therefore be considered carefully, and do not mean, far from it, that they have no impact in terms of climate change. Let’s also remember that carbon impacts are not the only environmental impacts of digital activities, and that it is important not to focus solely on the carbon footprint but also to take into account all the direct and indirect effects of digital use.

Thanks to Anne-Cécile Orgerie, Didier Mallarino, Laurent Lefèvre and Emmanuelle Frenoux for their careful review!

This text was first translated with www.DeepL.com/Translator (free version) and then edited

Skip back to navigation 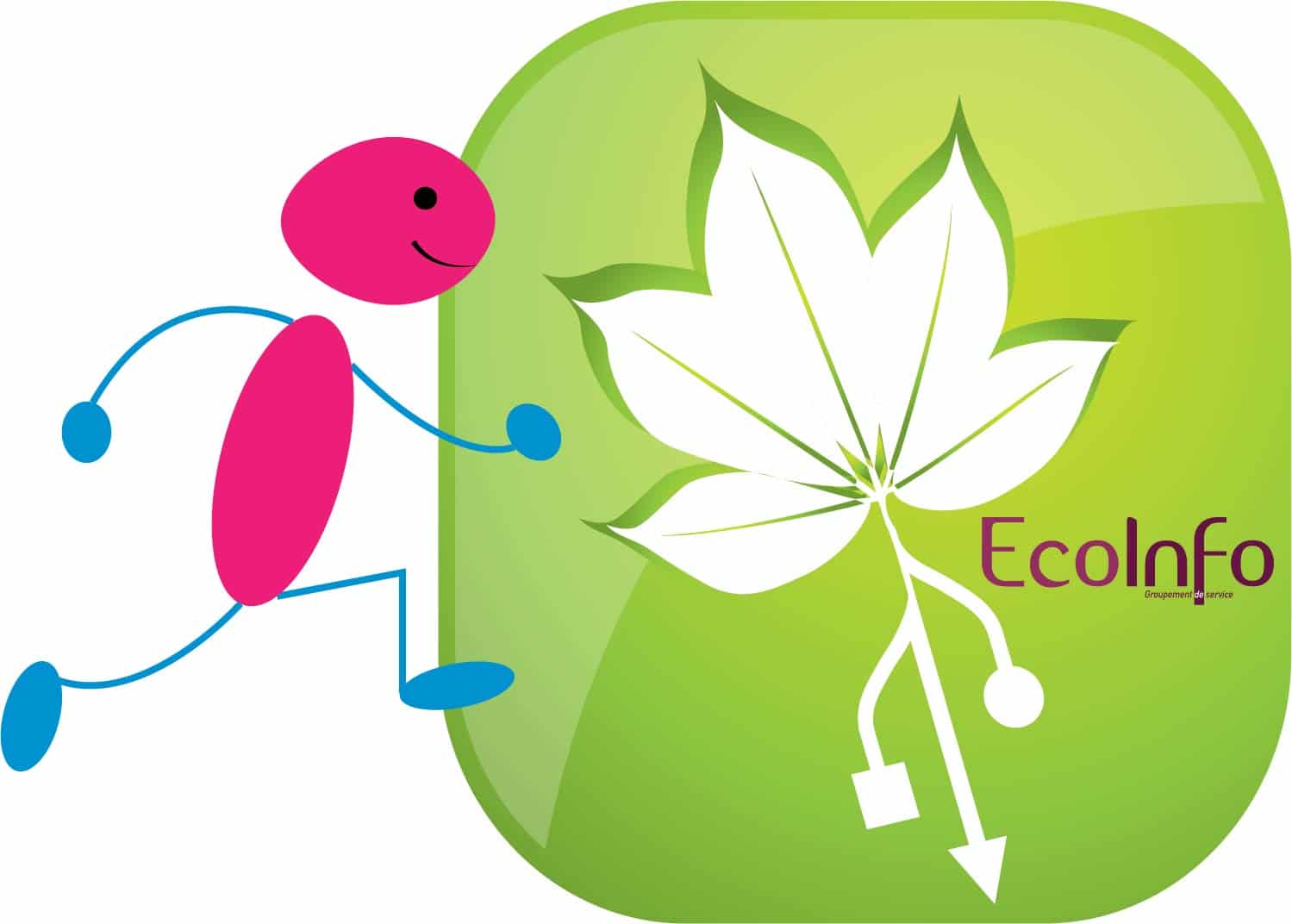